AARMS postdoctoral fellowships attract talented young mathematical scientists from around the world to pursue advanced research.   The next competition will start in Fall 2022.  We highly recommend that you read the RULES before applying. 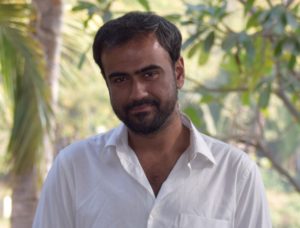 Dipanjan Deycompleted his Ph.D. in Physics at the Indian Institute of Technology, Kanpur, India in 2019 under the supervision of Professor Kaushik Bhattacharya. In his Ph.D., Dipanjan primarily investigated the gravitational collapse of compact objects in different cosmological scenarios. He then joined the International Center for Cosmology, CHARUSAT, India as a postdoctoral fellow under the supervision of Professor Pankaj S. Joshi. During his first postdoc, he was primarily interested in the causal structure of a singularity formed in a continual gravitational collapse of a compact object and the possible physical signatures of a non-spacelike singularity. In October 2022, Dipanjan joined Dalhousie university as an AARMS postdoctoral fellow under the supervision of Professor Alan A. Coley. Now, his goal is to investigate the causal structure of the singularity in a coordinate-independent way and to understand the spinor structure of the spacetime manifold of a collapsing compact object. 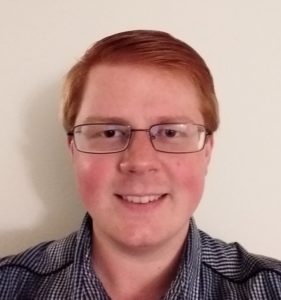 Blake Keelercompleted his Ph.D. in 2021 at the University of North Carolina at Chapel Hill under the supervision of Yaiza Canzani. His thesis work was on the subject of high-frequency spectral asymptotics on Riemannian manifolds. His other research interests include energy decay for the damped wave equation and dispersive estimates for operators on manifolds with conic singularities. Blake is currently dividing his time between McGill University as a CRM-ISM postdoctoral fellow and Dalhousie University as an AARMS postdoctoral fellow. His current research goals are centered around applying techniques from microlocal analysis and Riemannian geometry to understand Laplace eigenfunctions in a variety of geometric settings. 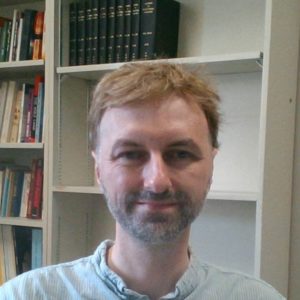 Alexandre Landry completed in 2020 at the Université de Montreal his PhD in theoretical physics under the supervision of Fayçal Hammad. The subject of the work was on the interaction of quantum particles with gravitation. In 2021, Alex continued to work with Fayçal Hammad. These early works make extensive use of Quantum Mechanics and General Relativity. Now Alex is a Post-Doc Fellow at Dalhousie University under the supervision of Alan A. Coley. Alex’s main interests are alternative theories in gravity: Teleparallel Gravity and Teleparallel Geometry of Spacetimes. The goal is to explain the teleparallel structures of spacetime. Then, the goal is also to better explain the structures of universes by taking into account antisymmetric fields.

Luca Marchetti completed his cotutelle PhD at the University of Pisa and at LMU Munich in 2022. He is now working as a postdoctoral fellow under the supervision of Daniele Oriti at LMU Munich, and he will join the gravity group at the University of New Brunswick at the beginning of 2023. Luca’s main research interest is the extraction of continuum physics from quantum gravity, focusing in particular on the emergence of cosmological and black hole spacetimes. He is also interested in renormalization and in the definition of physical notions of localization and evolution through the relational strategy, both issues being central to study and describe emergent continuum physics within quantum gravity. 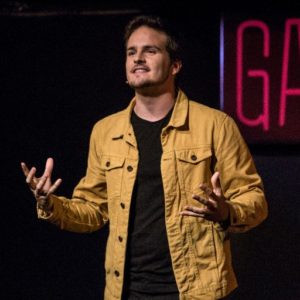 Juan Margalef completed his Ph.D. in mathematical physics in 2018 under the supervision of Fernando Barbero and Eduardo Villaseñor. He did his first postdoc at Penn State University with Abhay Ashtekar. Currently, he is a postdoc at MUN with Ivan Booth and Hari Kunduri. His work revolves around the mathematical aspects of General Relativity and Field Theories. His main achievement is the development of the relative bicomplex framework, an essential generalization of the standard covariant phase space in the presence of boundaries, which has been used by him and his collaborators to solve several long-lasting problems. His goal now is to apply these techniques to some horizons problems in which the group of MUN is a world-leading expert. Juan Margalef is also passionate about science communication and outreach.

Nomaan X completed his PhD at the Raman research institute in April 2021 working on various aspects of quantum field theory on causal sets. He is going to join the gravity group at the University of New Brunswick. Nomaan’s research interests include causal sets, discrete geometry and more broadly, computational methods in quantum gravity. He is also interested in classical and semi-classical general relativity. 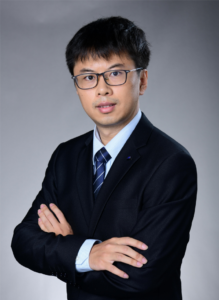 Fanheng Xu, under the supervision of Sun Yuhua, received his PhD in pure mathematics from Nankai University in 2019. His doctoral dissertation is on Liouville-type Principles for Elliptic Equations and Inequalities on Riemannian Manifolds. He continued his academic research as a postdoctoral fellow at Sun Yat-Sen University from 2019 to 2022. He is now an AARMS postdoctoral fellow at Memorial University of Newfoundland, working under the supervision of Prof. Xiao Jie. His main research interests focus on Applied Geometric Analysis and Partial Differential Equations.

Please read these rules carefully. Every year a large quantity of applicants are rejected for not having read the rules.

Eligibility and place of tenure

AARMS postdoctoral fellowships are awarded, on the recommendation of its Scientific Review Panel (SRP), to beginning researchers who received their PhD no more than four years before the Stage 1 deadline given below. Applications will be considered from those who anticipate receiving their PhD before the proposed start time of the fellowship, however the PhD must be in hand before actually beginning the fellowship. AARMS will provide $25,000 per year for the fellowship and the supervisor is responsible for organizing matching funds of at least $17,500.  In addition, AARMS will provide travel funding of up to $1500 per year for all AARMS funded postdocs.

It is typically expected that the proposed supervisor will not be the same person as the applicant’s PhD supervisor, and that the proposed Postdoctoral Fellowship will be at a different university than the one at which the PhD was awarded. The proposed supervisor(s) must be a full-time tenure track or tenured faculty member at an AARMS member university, and the proposed research must be in the Mathematical Sciences or a closely related field.  A co-supervisor who is outside of Atlantic Canada may be proposed but the postdoc may not spend more than one semester per year outside Atlantic Canada.

Normally two years. Funding for the second year is dependent upon satisfactory performance demonstrated in the detailed progress report submitted by the supervisor(s).

Applicants must first choose one or more faculty members from AARMS member universities who they wish to nominate as potential supervisors.  Applicants may also nominate a team of Atlantic researchers as co-supervisors, possibly at different Atlantic Canadian Universities.  Candidates are strongly encouraged to contact prospective supervisor(s) in advance to gauge their interest/ability to support the applicant as a postdoctoral fellow.

Once the potential supervisor(s) have been selected, the applicant should create an application in response to the “AARMS Postdoctoral Fellowship” advertisement on MathJobs.org.  The application should include:

It is permitted for a supervisor to support more than one applicant, subject to the following restrictions:

AARMS aims to increase the participation of under-represented groups in the mathematical sciences. We welcome postdoctoral applications from Aboriginal people, persons with disabilities, visible minorities, women, and persons of any sexual orientation or gender identity.

Applications will be reviewed by the Scientific Review Panel, who will make a recommendation to the Director.

All applications should be submitted through MathJobs.org. Use the link below to access the application: